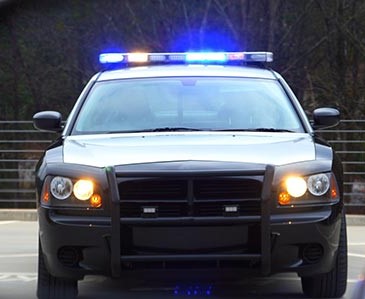 By Marcy Fassio, Attorney at Law

In Oklahoma, driving under the influence (DUI) is a serious offense and the laws are quite stringent. If you are convicted, DUI consequences can range from a license suspension to jail time to a prison sentence, based on the circumstances involved.

Reading this article is your first line of defense when it comes to making your case. While reading, keep in mind the events that happened when you were stopped.

If you come across anything that seems to raise a red flag, share it with your attorney.  Because if the officer didn’t follow proper procedures, it c

ould result in reduced charges or a case dismissed.

It may be the one thing that makes a difference in your case. Even if you think you know this stuff already, read it anyway and answer the questions. You may not know the answers to the questions and that’s alright.  This is your first line of defense.  The attorney you hire will ask deeper, more specific questions about your case.

Let’s see if we can poke some holes in the DUI case against you.

If an officer has reason to believe that you are driving (or in “actual physical control” of a vehicle) while you are under the influence of drugs or alcohol, you will be asked to undergo a breathalyzer test (where you blow into a breathalyzer machine and your blood-alcohol concentration is determined).  Oklahoma operates under “implied consent” to DUI testing, which allows the officers to request a breath test if an officer suspects you have been drinking and driving. Refusal to take the test can result in revocation of your driver’s license. This could also result in your arrest. Additionally, the loss of your driving privileges could remain in effect from 180 days to several years, based on your driving record.

The key thing here is to remember the events that happened at the time you were stopped by the officer.  If proper procedure wasn’t followed, it could make your case stronger.  Ask yourself the following questions:

2. How intoxicated where you?

In Oklahoma, the legal limit that indicates drunken driving is 0.08% for your BAC (Blood Alcohol Concentration). However, drivers may be arrested and charged with a crime, even with a BAC below .08%. You can be charged with Driving While Intoxicated (a lesser form of DUI) if your BAC is 0.05% or above.  Additionally, if you are under the age of 21, you can be arrested for DUI even if your BAC is lower than 0.08%. But if the BAC is 0.08% or above, prosecutors are more likely to charge the crime as regular DUI.

In addition to the breathalyzer test, an officer might ask you to undergo SFST (Standardized Field Sobriety Tests), such as the “walk-and-turn” test or looking at a moving object, such as a pen, while the officer observes your eye movement.  It is often in your best interest to decline the field sobriety tests because they are highly subjective and can be inaccurate.

4. Remember, what you say can be used against you.

Remember anything you say to anyone can and will be used against you.  If the court, police or prosecutor finds out that you’ve told someone… anyone… it’s something they can use against you. They can interview them under oath, leading to disaster.  The attorney you hire is the only person you can talk to in confidence. This is because what you discuss with your attorney is 100% strictly confidential, staying only between you and your attorney. Furthermore, never discuss your case with your attorney in a public place, especially when on your phone. Keep everything private.

You can get arrested even if you are not driving. If you are in, or near, a vehicle and you are intoxicated — for example if you are sitting in the driver’s seat with the keys in the ignition or in your hand — you can be arrested for Actual Physical Control (APC). Under these circumstances, you are considered to be in actual physical control of the vehicle, meaning you have the ability to drive the car while you are under the influence, even though you are not actually driving. The penalties for APC are equal to the penalties for DUI.

6. Penalties for a DUI in Oklahoma

7. Potential loss of your driver’s license

A DUI arrest will usually result in two cases – the criminal case and an administrative case.

In the criminal case, drivers face criminal charges, which can result in incarceration.  However, you can also face administrative actions at the hands of

the Department of Public Safety (DPS) if arrested for a DUI.  DPS can revoke your driving privileges, so it’s important to get professional help.

8. What if you have a Commercial Driver’s License.

There are additional legal implications if you have a CDL (Commercial Drivers’ License). Drivers with a CDL can lose their CDL and be barred from driving a commercial vehicle if they are convicted for any of the above-mentioned offenses.  If you have a CDL, contact an attorney as soon as possible, especially if your career depends on it.

An attorney that specializes in DUI cases specifically will have more specific questions pertaining to your specific case.

Remember that every case is different and you’ll want to consult a professional to get the best outcome.

Marcy Fassio is a criminal defense attorney, but she began her legal career at the Oklahoma County District Attorney’s Office in Oklahoma City, where she was an Assistant District Attorney.  After leaving the DA’s office, she founded Fassio Law, PLLC.  She has experience with all types of criminal cases, from misdemeanors to murders. She knows the courtroom, both as an ADA and as a defense attorney.

If you are in search of a criminal defense attorney, check out Marcy’s website FassioLaw.com.

Most criminal cases will require that a defendant have an attorney to represent them with the District Attorney and the court. The information contained in this article is intended to be a general guideline concerning DUI’s. If you have been charged with a crime, it is very important that you speak with an attorney about your particular case. Most attorneys, including Marcy, offer a free, no-obligation consultation.

Rodney’s Bail Bonds is not a law firm, we are bail bondsmen. If you are in Central Oklahoma and looking for information about bail bonds, go to www.RodneyOKCBailBonds.com or simply use this link to get answers to some of the questions we get the most.  We will be happy to help you get the answers you are looking for. Rodney’s Bail Bonds is available 24 hours a day, 7 days a week. When the unexpected happens, call Rodney at 405-205-0603.