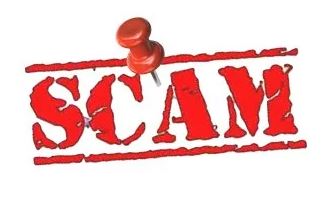 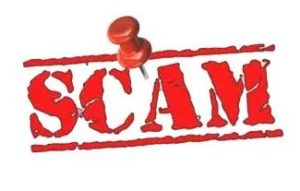 When someone is in jail, your instinct may be to help by acting immediately.  Unfortunately, there are con men out there looking for someone in your situation.    Here are eight tips to help keep you from falling victim to one of their scams.

In 2012, Olga Nunez’s son was  in the Wyandotte County, Kansas jail. While in jail, he met a fellow inmate who said he had a friend that was a bondsman.

When Olga met the man outside of the jail, she handed him $1,500 in cash.  The man took her money, then went inside the jail, spoke to the jailer at the window to make Olga think he was bonding out her son.   He then walked outside, telling her that he needed to get something out of his car.  The conman never returned.

He wasn’t alone in the scam though.  The friend that told her son about the “bondsman” was out of jail and was outside, standing with Olga during the transaction.  When the fake bondsman left, he told her to wait a few hours and her son would be released.  Of course, that didn’t happen.

Tip #1- Make sure that you are dealing with a licensed bondsman.

Bail bondsmen play an important role in making sure defendants return to court.  When they post a bond, they are guaranteeing the court that the defendant will return for all of their court dates.  If they do not, the bond is forfeited, and the bondsman must pay the full bond amount to the court.

In Oklahoma, bail bondsmen are regulated by the Oklahoma Insurance Department.  Who can and cannot become a bondsman is governed by Oklahoma law in Title 59, Chapter 33.  It is against the law to act as a bondsman, or perform any of the functions of a bondsman, if one is not licensed by the State to be a bondsman.

Olga was clearly dealing with someone that was not a licensed bondsman.  In Oklahoma, you can go online to verify if someone is a licensed bondsman.  You can search for a bondsman by name on the Oklahoma Bondsman Association website.   Don’t be afraid to ask to see their license and ask for ID!

(This law does not keep an individual from posting a cash or property bond for themselves or someone else as long as they do not receive, and are not promised, anything in return.  So, if for example, your child is in jail, you have the option to post a cash bond for the full bond amount with the court.  An individual can post up to ten bonds per year like this.)

Tip #2- Give money directly to the bondsman.

Recently we received a call from a women asking if we had posted a bond for her husband. We knew nothing about the bond.  Turned out she gave a “friend” of hers the money needed to post a bond.  Not only did this friend of hers not give us the money, they had never even called or spoken to us about the bond.  Clearly, she was scammed.  Even worse, it was by someone she knew.

This isn’t always a scam, some people just can’t hold onto money.  They may have fully intended to give your money to the bondsman, but then a casino got in the way.  By giving the money directly to the bondsman, you will know that the money was properly received.  You will have a receipt, and there will not be any question of what happened to that money.

It is not unusual for one person to cosign and another person to put up the money.  If this is the case, it is still a good idea for you to give the money directly to the bondsman.  If a problem comes up, and the bond can not be written, the bondsman will know to return the money to you. If anything goes wrong with the bond, you will have standing with the Oklahoma Insurance Department to help get it fixed.

Tip #3- Expect that there will be paperwork to fill out.

Before a bondsman posts a bond, they will sit down with the cosigner to fill out the paperwork.  The bondsman will ask for I.D., employment verification, references and other information to verify that the cosigner can financially support that bond.  If you are not asked to do any paperwork, be very suspicious.  The only time we don’t require a cosigner is in the rare case that full cash escrow or property has been put up to secure the bond.

Bondsman are required to provide receipts anytime they take money on a bond.  That receipt is important if there is any question about how much was given or on what bond it was intended for.  If you are not offered a receipt, ask for one.  Make sure that you are listed as the one giving the money.  Also look to make sure the defendant is properly listed.

If you are paying by phone, ask that a picture of the receipt be sent to you by email or text.  If that is not possible, receipts can be mailed or picked up in person.

Also, keep your receipts.  Mistakes can happen, if there is ever a discrepancy you will have your receipts to prove how much has been paid.

Tip #5- Don’t cosign for someone you don’t know.

If you are being asked to cosign for someone that you don’t know, just say no.  When you cosign, you are accepting financial liability if that person doesn’t go to court.  If you don’t know this person, do you really want to do that?

Last year, Janna Wilkerson got a call from a good friend of hers whose boyfriend was in jail.  She desperately wanted to get him out, but they needed someone who had a job to cosign.  Janna had a job, a pretty good job.  She felt sorry for her friend, so she decided to help by cosigning for her boyfriend.  Her friend assured her that he would go to court.  Her friend also assured her that if anything went wrong, she would cover it.

Fast forward six months.  The friend’s boyfriend missed court.  When the bondsman called Janna, she had no idea where the guy was.  She called her friend, the one that had begged for Janna’s help.  The friend was no longer with him, in fact he was now living somewhere in Texas with a new girlfriend.  Janna asked her friend to help her, but she said she was “done” and didn’t want anything else to go with him.

Janna thought she had done a good deed, but she was the one left holding the bag.  If you are going to cosign for someone, make sure it is someone you know well.  You will know their friends and family, where they stay and how to contact them.  Most of the time, when someone misses court, it can be fixed without it costing the bondsman or cosigner money.  But if you don’t know how to help find that person, fixing it may not be possible.

By the way, if you are cosigning for someone, make sure you understand what that means.  Here is a link to an article about what you need to know before you cosign.

Tip #6- Use a reputable bondsman.

There are lots of bondsman, and as with any profession, there are some bad ones out there.  You want to find a honest and reputable bondsman to help you. Look for a bondsman that is well established.  Do they have an office, website, good reviews?  Do you know others that have used him or her?  Not every good bondsman has an office, but these are some of the things to look for.

Tip #7- If it sounds too good to be true, it probably is.

Recently a reputable Oklahoma bondsman learned that someone had used their name to try to pull off one of these cons.  The con man met a customer in front of the bondsman’s office, pretending to work for the bondsman.  It was a very large bond, but the fake bondsman agreed to do it for much less than a real bondsman would have.  The faker took the money, leaving the victim with nothing in return.

If you talk to a bondsman that offers you something that is too good to be true, it probably is. It is standard to require a cosigner that has had a job for at least a year (sometimes 2) and check stubs to prove it.

The industry standard is to charge 10% of the bond amount.    “Cheap bail bonds” may seem like a good deal, but they’re not.  Some bail agents promise “cheap bail” or “5% bail” or another amount that’s much lower than the 1o%.   A company that offers a cut rate is likely either advertising deceptively or blatantly violating the law.Sometimes a bondsman will finance a portion of the premium without charging interest.  They will still require a down payment of say 5%, with a payment plan on the other 5%. Make sure terms are clear and in writing.

If you talk to a bondsman that offers something incredible, be careful.  For example, if a bondsman agrees to write a bond without a cosigner, or for less cash up front.  Some bondsman will knowingly write bad bonds, then take the first opportunity to jump off the bond.

Tip #8- Cash escrow should be returned when the bond is exonerated.

Cash escrow is used when a cosigner is not available to sign or it is a high risk bond.  The purpose is to secure the bond, in the event that the defendant does not return for court.  The cash is held by the bondsman in a separate escrow account and reported as such to the Oklahoma Insurance Department.

If there is a forfeiture in the case, the bondsman can use the escrow to pay for bounty hunters. It can also be used for other expenses needed to return the defendant to the jurisdiction.  If returning the defendant is not possible, the escrow is used to pay the forfeiture to the court.

If the defendant goes to all of their court dates, without a problem, the escrow will be returned when the case is finished and the bond is exonerated.  If a bondsman refuses to return the escrow without good cause, you can file a complaint with the Oklahoma Insurance Department.

After jail, what to expect in the courtroom.

Rodney’s Bail Bonds is a Professional bondsman licensed in the State of Oklahoma.  If you are in Central Oklahoma and looking for information about bail bonds, go to www.RodneyOKCBailBonds.com.  We will be happy to help you get the answers you are looking for.  Rodney’s Bail Bonds is available 24 hours a day, 7 days a week.  When the unexpected happens, call Rodney at 405-205-0603.